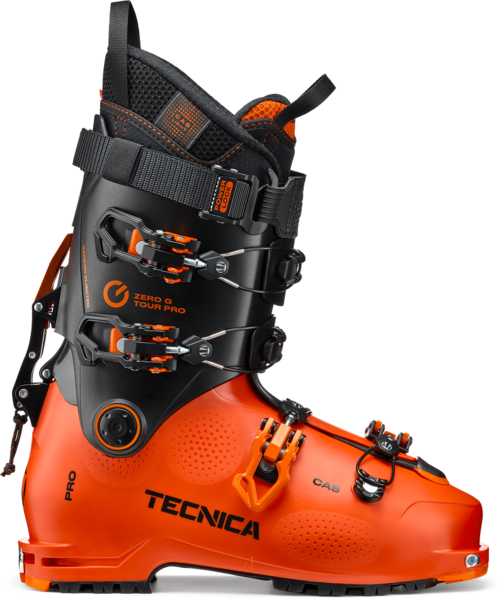 As any real backcountry skier would tell you, sometimes to travel safely in the backcountry you need to make some compromises. They would also tell you that that should never include your gear, and your boots are no exception. For too long, backcountry skiers have had to choose between boots that are lightweight and boots perform well. We’ve had about enough of that. Coming in at just 1,320g with a 55-degree range of motion and a 4-buckle, overlapping shell design, the 130-flex Zero G Tour Pro is a true lightweight touring boot that is as efficient as it is powerful. A grilamid shell and co-injected carbon fiber cuff provide for second-to-none downhill performance in a touring boot, all while keeping the weight down so you can go as far and send as hard as you want. Minimal resistance for the up and confident turns on the down, Zero G Tour Pro is the chosen boot by some of the world’s most accomplished ski mountaineers. All of sudden, the mountains on the horizon don’t seem so far away.

* Subject to change without notice.