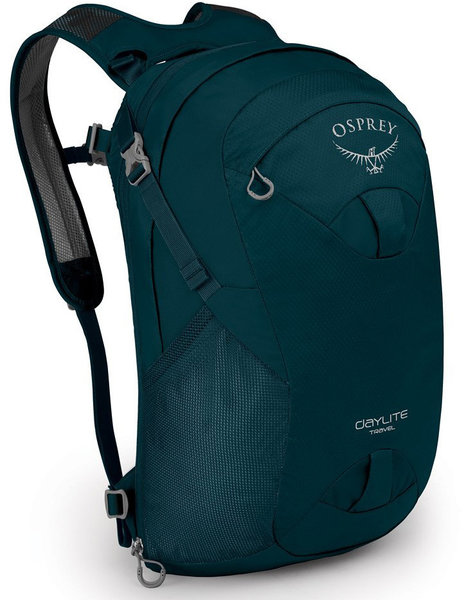 No matter your destination, traveling requires you to always have certain items within reach. Enter the Daylite Travel-the ideal streamlined companion for on-the-go essentials. Featuring a laptop sleeve, concealed pockets for your valuable possessions and an expandable main compartment, it expertly stores your stuff, whether you're walking your town's river path or the strolling the sandy beaches of Sulawesi. Color matched and compatible with several larger travel packs.

Like the day it was designed for, the Daylite is easy, uncomplicated and comfortable.

Compatible as an attachment to several Osprey travel and backpacking bags for additional storage and carry options, the Daylite and Daylite Plus are great bags to have around town or as a summit pack.