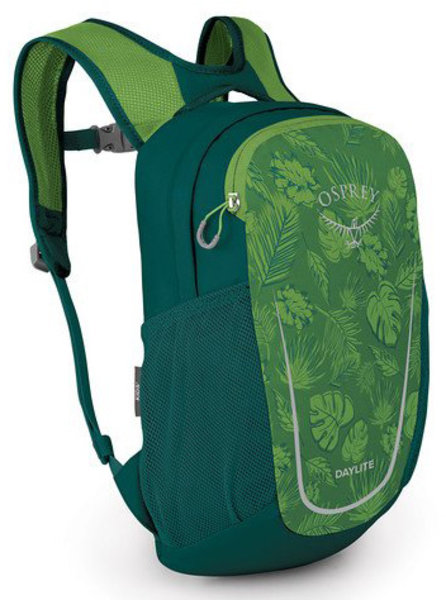 With the same expectations as its adult counterpart, the Daylite Kids pack does it all and does it right. Offering a straightforward feature set in a small package, including a ventilated backpanel, dual side mesh pockets for water bottles or treasures found on the trail, hydration compatible interior sleeve, built-in whistle and internal name tag. An integrated handle gives adults an easy grab-and-go option while simple pockets, bright colors and fun graphics compel kids to reach for this pack again and again.

Like the day it was designed for, the Daylite® is easy, uncomplicated and comfortable.

Attaching to several Osprey travel and backpacking bags for additional storage and carry options, the Daylite and Daylite Plus are great bags to have around town or as a summit pack. The Daylite and Daylite Plus can be added on to the following Packs: Aether/Ariel AG Series, Aether/Ariel Pro Series, Volt/Viva Series, Shuttle Series, Sojourn® Series, Farpoint® 80, Farpoint/Fairview Wheeled Travel Pack Series, Farpoint/Fairview Trek Series and Porter Series. * Excludes Daylite Sling and Daylite Waist packs.